Hawaii motorists paid the second-highest gas prices of the last five years in 2019, according to the AAA Hawaii Weekend Gas Watch. Today’s statewide average price is $3.66 a gallon, which is one cent lower than last week, unchanged from a month ago and 24 cents higher than on this date a year ago, according to GasPrices.AAA.com.

The year-to-date annual average gas price for the state is $3.56 a gallon for regular unleaded, just nine cents lower than last year’s average annual price of $3.65, which was the highest average of the last five years. 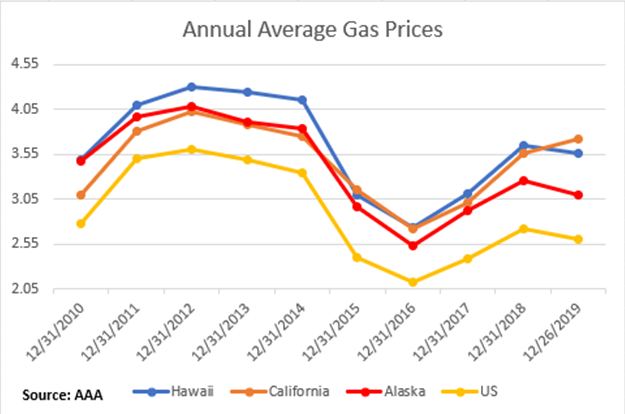 Motorists can find current gas prices along their route with the free AAA Mobile app for iPhone, iPad and Android. The app can also be used to map a route, find AAA discounts, book a hotel and access AAA Roadside Assistance. Learn more at AAA.com/Mobile.